The Map of a City in 1950 and now. Summarise the information by selecting and reporting the main features, and make comparisons where relevant. 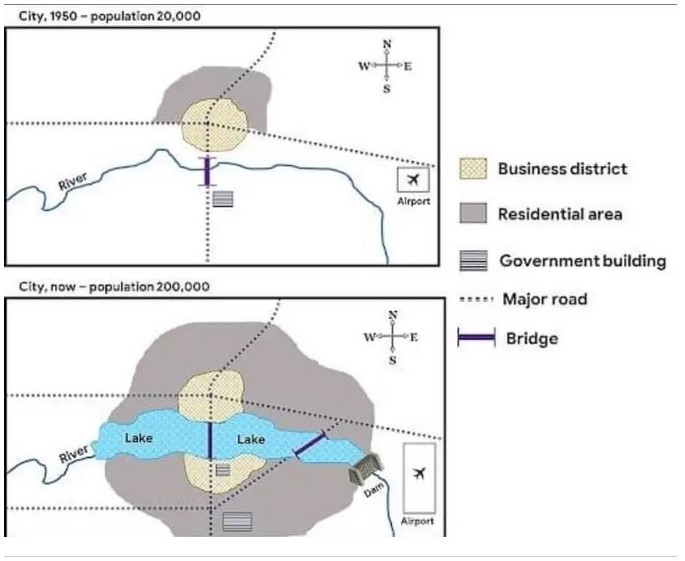 Sample Answer of The Map of A City in 1950 and Now. Academic Writing Task 1

But now the city is developed, and there are also many changes. The residential area covers most parts of the city. It is now almost all over the city, and now the business district is now cover the area which is across the river. Moreover, there are two new government buildings one is in the business district, and one is in the residential area; both buildings are in the south area of the city. Aiport is still In the southeast side of the city, but there is a new dam has been built near at the airport and also city has now two bridges which are helpful to cross the river and also many new roads is now available in the city.

Overall, due to the rise in population city has been now developed, and many areas of residential are available for the people to live in the city.

Also Read A Friend Is Considering Buying a House Nearby