The graph describes the changes in Medical Funding in four countries from 2010 to 2018. Summarise the information by selecting and reporting the main features, and make comparisons where relevant. 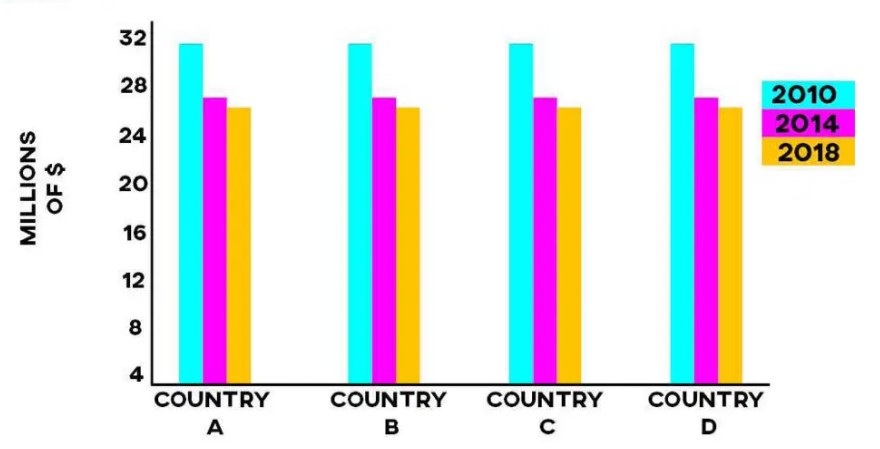 The given column chart reveals information about changes in medical funding in four countries such as A, B, C, and D between 2010 to 2018. The data is calibrated in millions of dollars.

Overall, we can see from the chart that investment in medical showed a higher trend in four countries in 2010 and it was slight fall in 2018 in country A, B, C, and D.

Also, Read Describe a Skill You Can Teach Other People