The graph below shows radio and television audiences throughout the day in 1992. Summarise the information by selecting and reporting the main features and make comparisons where relevant. 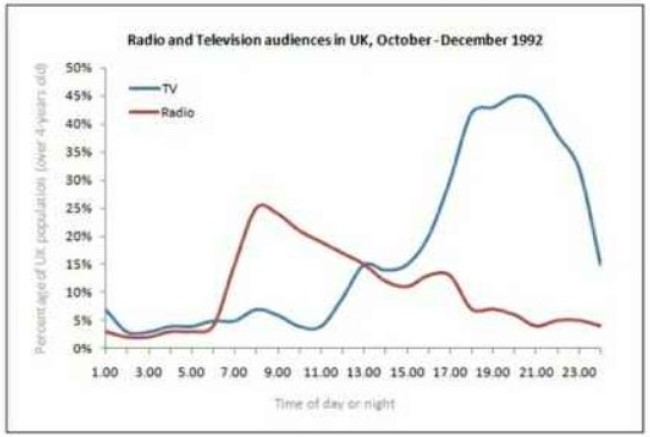 The given chart depicts data of audiences who watch TV and listen to the radio throughout the day in the UK from October to December in the year 1992.

Overall, it is apparent that most of the UK people were interested in watching TV rather than Radio.

Begin with radio, about 5% of people who were over four years old watch TV and listened to the radio at 1:00 am. This percentage remained about unchanged until the next day at 5:30 is. During the period from 7:00 am to 9:00 am maximum proportion of UK people who listened to the radio accounting for 25%, but the ratio decreased continuously after 9 am and recorded 6% at 11:00 pm.

Also, Read Some People Today Prefer to Get Advice for Medical Problems