Well, I have met with many old persons during my whole life from whom I learned many good things such as helping others in a difficult situation, never feel afraid in a challenging moment and so on. But here I would like to talk about an old person who is very interesting according to me.

His name is Mr. Deepak Bajaj. He is a friend of my father. In the present scenario, he has been living in Australia with his family. But last year, he came to India in order to attend a wedding function in my family. On that time, there was my brother. My father invited him to this function. So he came to my home. I describe him briefly. 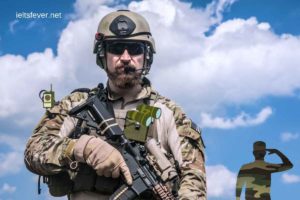 If I talk about his physic, then, he is average build with fair complexion. His hairs are Grey but he looks very young from his age. In particular, he is 50 years old person but he looks 30 years old. When I met him, I did not believe that he is an old person because he has maintained his body with physical exercises. He eats healthy and a balanced diet.

In addition, we did gossip with each other. He told me that he was an army officer in India. He was SM in the Indian Army. Also, he took part in the war of civilization in 1913-17 during his job. For showing metal in the battlefield, India’s Ex-President named late Neelam Sanjeeva Raidy gave him the award of bravery and a gold medal. Apart from it, After his retirement from army post, he started doing organic farming in his own village on land. I took great interest in his talk because he explained each and everything in an interesting way.

So, after attending the wedding program, he went back to Australia. We do chat on social networking site Instagram because he knows to use it. Also, many times, I get advice from him. He encourages me to do my higher studies in Australia. So, Nowadays, I have joined the IELTS course in order to do study in Australia.

All in all, Mr. Bajaj is an interesting old person to whom I ever met. May he live long.

2 thoughts on “Talk about an interesting old person you met.”