Describe one of your grandparent’s job.

Well, a job is necessary to fulfill our basic needs such as food, shelter, cloth and so on. Our parents and grandparents have had employments and they fulfill our Desires. Here I would like to talk about my grandfather’s job. His name was SM Bachan Singh. He was a retired SM from Indian Army. I describe him briefly.

My grandfather had joined the Indian Army in his 18s. On that time, the employment opportunities were less than the present time. But he was an educated man as well as his communication skills were so effective. So, he easily got that job. 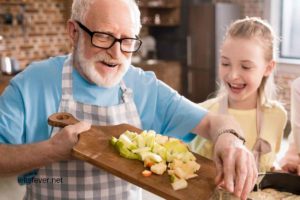 In addition, the parents of my grandfather Were against his job because they thought that it is a very dangerous job. But with the promotion of my grandfather, they allowed them to do as my grandpa wanted.uring his job, he took part in battles such as World War 2 and so on. Along with this, He had shown his mettle in the war of Civilization in 1913-17. So, the Indian ex-President named late Neelam Sanjeeva Reddy gave him a bravery award as well as a gold medal. I have it yet.

So, He retired from the Indian Army as Subedar Major. Apart from it, after getting retirement from security forces, he started farming on that land which he god from his parents. He gave more Preference for organic farming.

To make farming more easy, he purchased a tractor, harvester, Puddler, and so on. With the help of these machines, he gained more and more profit from farming. Also, my father had joined him.

As a result of it, They both bought more land with revenue and expanded their agriculture occupation as well as they opened a poultry farm in order to gain more money.  All in all, my grandfather did a job in security forces and farming. I am proud of him.

Also, Read Talk about an interesting old person you met.