The chart below shows the proportions of the world’s oil resources held in different areas, together with the proportions consumed annually in the same areas. Summarise the information by selecting and reporting the main features, and make comparisons where relevant. 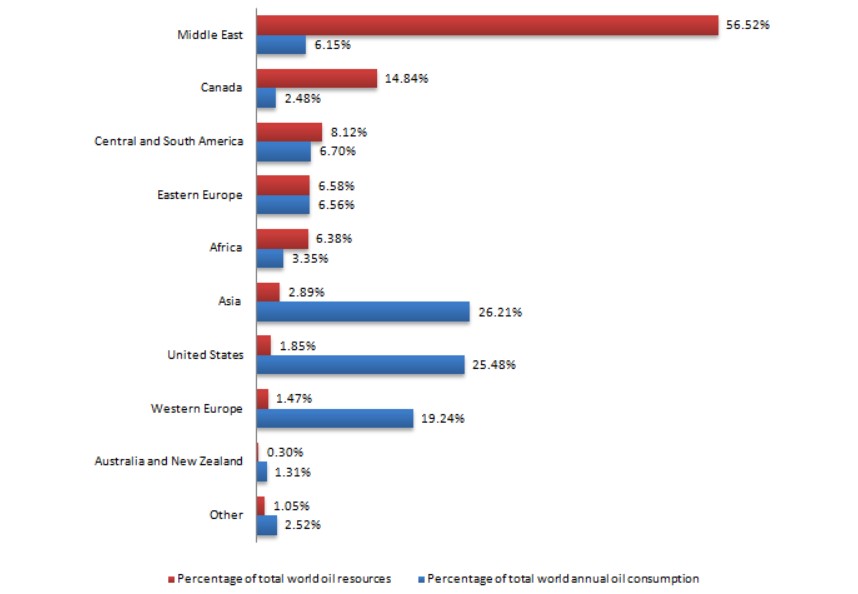 The chart below depicts countries oil resources in percentage in different areas and usage by each country annually.

On the other hand, the consumption reaches at peak by Asia country by 25.21% whereas their production is poor. And keep on dropping even the highest in producing continent their usage is minimal. Then Australia and New Zealand are significantly reduced to 1.31%.

In conclusion, it shows that the middle East the produces extremely was among the country that consumes lesser and vice versa.