The graphs indicate the source of complaints about the bank of America and the amount of time it takes to have the complaints resolved. Summarise the information by selecting and report in the main features, and make comparisons where relevant. Write at least 150 words. 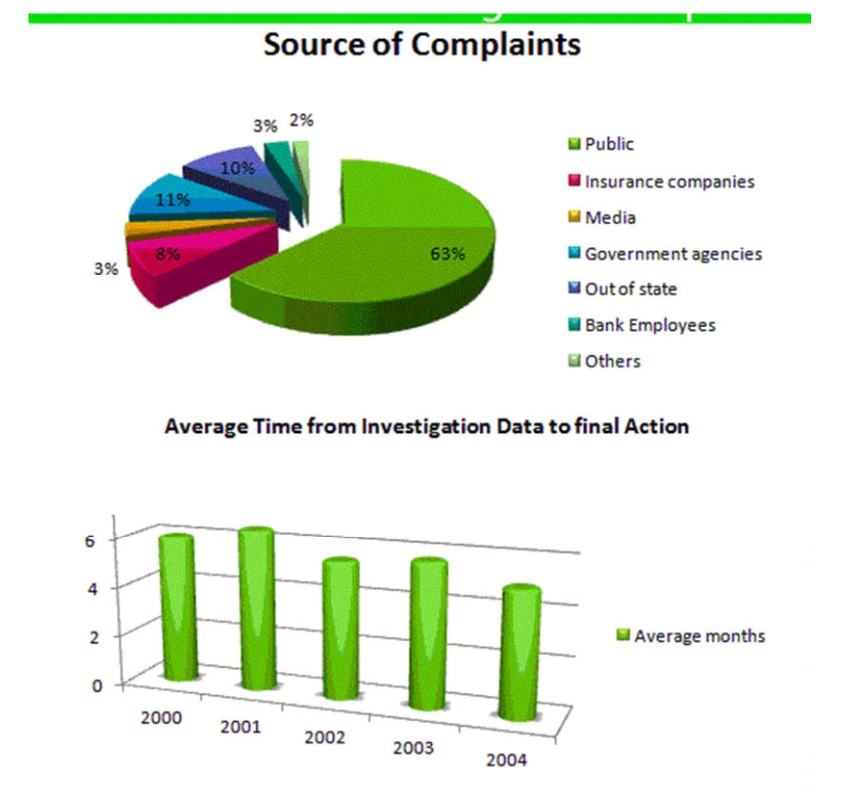 The pie chart and bar graph depicts the Complaints made by various sources regarding the Bank of America and the average time required to solve complaint.

Hence, people’s highest complaints were made, and maximum time was needed in 2001 to investigate the objections.

Also, Read The Graphs Show Changes in the Spending Habits of People in the UK