The line graph shows thefts per thousand vehicles in four countries between 1990 and 1999. Summarize the information by selecting and reporting the main features and making comparisons where relevant. 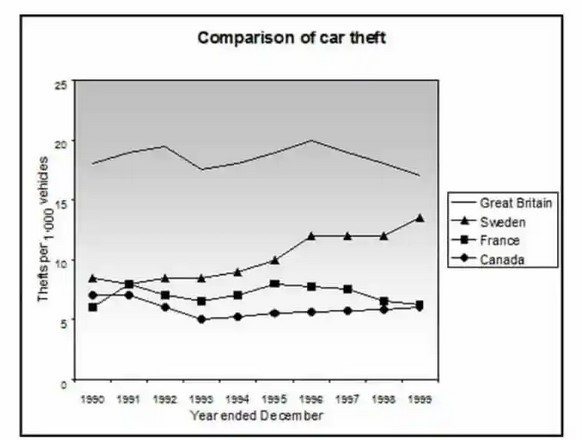 The given line graph illustrates the comparison of car thefts between four countries; Great Britain, France, Canada, Sweden, from 1990 to 1999.

Overall, the number of thefts was maximum in Great Britain while the least in Canada throughout the time period.

Moving further, the Cases of car thefts was started at 6 and 7 in France and Canada, and both countries followed the opposite trend between 1992 to 1998. In 1999, the number of thefts in Sweden and Canada was equal accounted for over 5 per thousand.