The bar charts below provide information about honey production and honey-producing colonies in the five American states in 2006. Summarise the information by selecting and reporting the main features, and make comparisons where relevant. 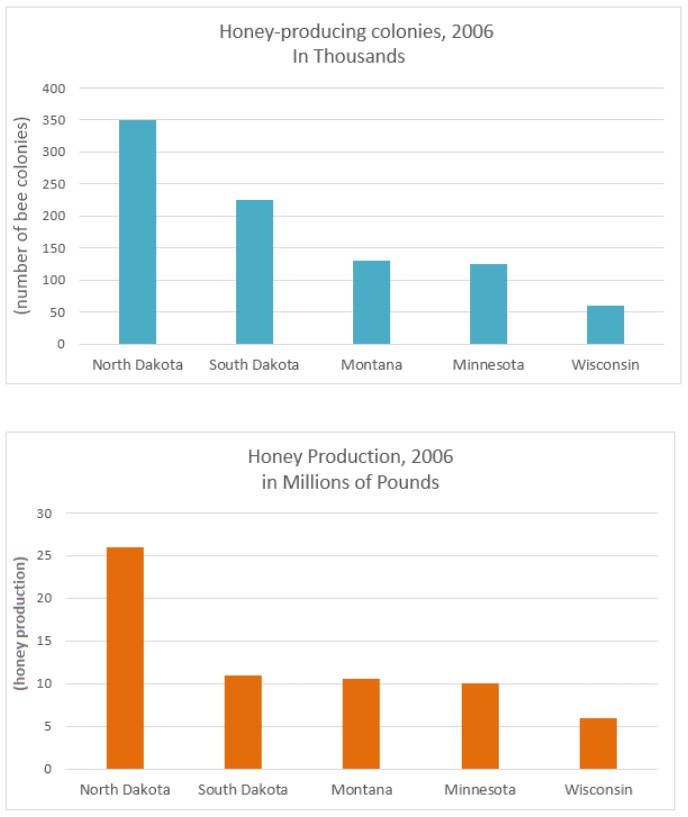 The given bar charts depict the comparison of bee colonies and honey production in five various USA states in the year 2006.

Overall, North Dakota was the highest honey producer, and they have the largest number of bee colonies. As opposed to this, Wisconsin was the least producer and held only the lowest count of colonies.

South Dakota and Montana were the second and third largest honey generating states which account for approximately 210 and 140 beehives respectively, however both states producing the same amount of honey which was just over 10 million pounds. Minnesota was producing 10 million pounds of honey from the 130 honey hives.