The bar chart shows the percentage of households with cars in a European country between 1971 to 2001. Summarize the information by selecting and reporting the main features, and make comparisons where relevant. 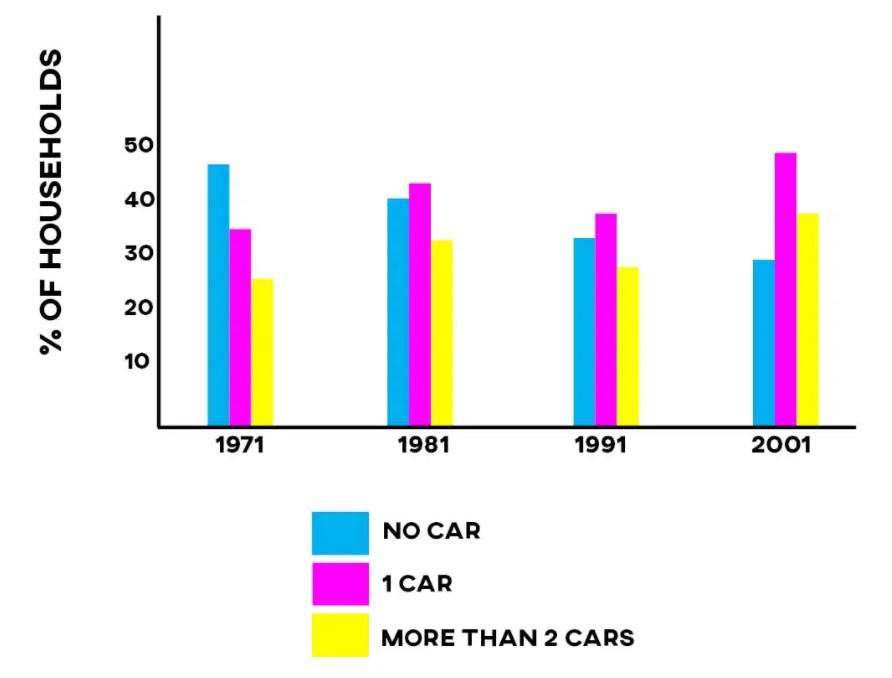 The bar graph demonstrates the proportion of European families who had cars from the year 1971 to 2001.

Overall, the percentage of households with no car in 1971 was highest whereas in the year 2001 the families with one car were highest.

Also, Read The Charts below Show Local Government Expenditure in 2010 and 2015